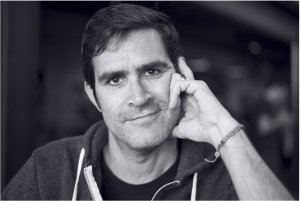 Born in New York, a San Francisco resident since 1992, Ted moved to the neighborhood in 2004, and started both his businesses and family on the Hill. He founded his company, Dogster.com, from his dining room.  As the company expanded to 20 people he rented office space in the Pioneer Works building on De Haro Street.

Ted advised and invested in a range of internet companies, and helped run a company that makes capital available to people in developing nations.  He devoted his last years to pushing the private sector to focus on social purpose as a fundamental practice.

He lived on the same Hill block for 13 years; neighbors could see him pedaling his bicycle uphill to his door. Taking his daughter, Mabel, and rescue dog, Moxie, to the Potrero Hill Mini Park, on Connecticut Street, was one of his enduring pleasures, along with gardening.

After his cancer diagnosis, Ted told people “There is no bucket list, life is the bucket. Enjoy every day.”

He’s survived by his wife, Molly Ditmore, Mabel and Moxie.