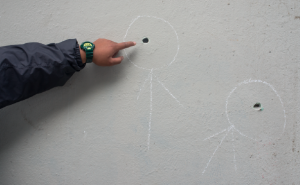 Nationwide, the country’s homicide closure rate stands at just 64 percent, down nearly 30 percent from 50 years ago, according to Federal Bureau of Investigation data. Based on information gathered by the Department of Justice and police and sheriff’s departments, San Francisco had the ninth highest closure rates in a roster of 14 Bay Area cities, with a 44 percent clearance. Coming in at the top were San Pablo, Antioch, and Fremont with closure rates of 92.3 percent, 78.7 percent, and 77.3 percent, respectively. Trailing in the bottom three are Hayward, East Palo Alto, and Richmond with 32.7 percent, 31.1 percent, and 30.7 percent, respectively.

The homicide closure rate represents the percentage of murder cases which end in an arrest or in which a suspect has been identified but who doesn’t have the potential to be arrested. The latter consist of instances in which the suspect has taken their own life or been murdered, and as result can’t be tried.

According to “Mobilizing Law in Urban Areas: The Social Structure of Homicide Clearance Rates,” “Clearance rates represent the ratio between the number of solved cases to the number of cases reported to the police within a given time period…the likelihood of clearing any specific crime is partially a function of the criminal justice resources expended toward its investigation. Most directly, this involves police activities such as collecting and preserving evidence, interrogating suspects, interviewing witnesses, and pursuing leads.”

In addition to leaving murderers on the loose, unsolved homicide cases cause ripple effects that adversely impact families and communities.  Family members and friends of victims remain ignorant of whether the perpetrator is a neighbor, acquaintance, or stranger. Communities it which multiple murders occur a year may believe that police departments and city officials “give up” solving cases due to a lack of solid information, good leads, or resources. Public faith and trust in the criminal justice system declines as a result.

This phenomenon appears to be occurring in San Francisco’s public housing complexes, including Hunter’s View, Sunnydale, Potrero Annex-Terrace, and Alice Griffith, which experience high rates of violence and/or drug-related crime. Total crime risk  in Visitacion Valley it is 62 percent higher than the national average, and in Potrero Hill it’s 66 percent above the national average.

Max Szabo, from the District Attorney’s press office noted that, “All cases brought to our office are reviewed based upon the evidence that is presented to us.  We don’t evaluate criminal charges based on what the media chooses to cover.”

Jamar Samuel, a 26-year-old African-American male, was shot and killed on July 4, 2015 on the 1000 block of Connecticut Street, near 25th Street. A few days prior to that, on June 29, 33-year-old Prince Johnson was left for dead on the same block. Two suspects were arrested in Johnson’s murder; however, the DA’s office chose not to charge them. No arrests have been made by the SFPD in the Samuel case. No link or connections appear to exist between the young men’s deaths.

The Connecticut Street block and surrounding area where Samuel and Prince were murdered have been the backdrop of heated violence in the past. It’s located in the center of the Potrero Annex-Terrace public housing complex. In 2011 alone, six youths living in the Annex-Terrace housing complex were slain between January and May. In 2014, two teenagers were injured in a shooting in the 1800 block of 25th Street near Connecticut Street. In the case of the two teenagers, no suspects were arrested in connection with the shooting, nor did the victims fully cooperate with the investigators.

San Francisco’s most recent homicide, the 32nd this year, took place on September 4 near Civic Center and the San Francisco Police Department’s Central Market Safety Hub in the Tenderloin District. A 31-year-old man stabbed a 61-year-old man in the torso; the suspect was arrested. An hour and a half prior to that incident a man was stabbed and left with non-fatal injuries in the Mission district. No suspects have been identified in that case.

The March 16, 2020 San Francisco Department of Public Health order for
One of 826 Valencia Mission Bay’s first year goals was to work
Like many other nations, Rwanda enforced a shelter-in-place order from mid-March to
Go to Top