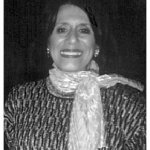 “I’m a Republican. A rare species here. I was born and raised on Potrero Hill. I think there should be a moratorium on high-rises beyond a certain number of stories, like no condos beyond four stories. The neighborhood is becoming Manhattanized. This is a residential area, not South-of-Market. If the new supervisor doesn’t support the moratorium, residents should put it on the ballot. The high-rises are interfering with the family ambience that Potrero Hill is trying to preserve.  Building those condos might satisfy short-term transients, but it’s a bad idea in the long haul. All those condos are going to be vacant in 10 to 15 years. Property values are going to go down. The economy swings like a pendulum, and in 15 years we’re going to be left with all these vacant units. It won’t affect the developers; it’ll affect the people whose job it is to fill those vacancies. That’s going to be a disaster. Shamann is not a good fit for Potrero. He doesn’t have the background to relate to a more prosperous demographic than, for example, Bayview. He’s pro-hand-out. Instead of promoting competition and productivity, he thinks ‘Here, we’re gonna give you some freebies.’  He’s going to do the same thing Malia Cohen did. She’s a career politician whose actions betrayed her rhetoric, which was to build high-rises. The political rhetoric often betrays what the politicians actually do. Shamann was smart, though. He relied on traditional leaders to endorse him. But I believe most politicians are in some or several corporate real estate developers’ pockets.”

“This was my first time running for office. A lot of people told me don’t run, you can’t win because you live in the housing projects, but I ran anyway. I learned a lot about politics. One thing I took from the experience is to treat people how you want to be treated. I didn’t want to run a smear campaign and I learned how to be more careful in responding to certain people, who to avoid, how to keep civilized and centered. During some of the forums, if someone said, ‘She did this, she did that,’ I would just raise my hand and say, ‘That wasn’t me. I didn’t do that.’  I’m going to run for Supervisor again in 2022, and I’m laying the groundwork for that now. I’m going to do things better next time. There are things I know to do myself, like registration paperwork, for example. I’m going to plan door to door campaigns, calls, and there were a lot of great businesses that have been very respectful and persistent in printing materials for me. It’s important to say thank you to them whether you’re paying them or not.” 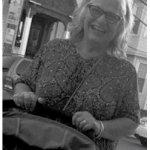 “We’re turning into a little enclave! The election is not just about here; we need to know what’s going on in the world. We can’t isolate ourselves on the Hill, because then we’ll think that’s how the world works. In 1972, when I moved here, there were like two empty lots on every street, but the Board of Supervisors created a bigger City; now the Hill is more like a small town. These developers build and there’s no parking! We need trees. We need green. We need to hear the birds. It’s like, let them build 100-unit buildings with no plans for a green space. And before, the buses used to service the Hill. The Muni has isolated us here. I used to see this elderly man on the Hill all the time…he would take the bus down the Hill, and when they discontinued it I didn’t see him anymore. I don’t think this neighborhood is going to be as friendly and affordable as it used to be.”

“With the midterm elections, we’ve begun to internalize in students the idea that your vote matters, teaching them the significance of the election given the fact that we have a divided Congress.”

“It’s good. There’s more Democrats in Congress; they took over more seats and will start to overcome the President. He has too much power. I’ve noticed here, since he became President, when people put signs for immigration by the freeway, other people would set them on fire. This has been the worst year politically. The prices in the City are the highest they’ve ever been, but the neighbors here live together and look out for each other. A while ago there was a crack house on Vermont that was shutdown. People used to do drugs here a lot; people would bring prostitutes here. But the problem has gotten better. People need to come to a better solution to homelessness, maybe build better hospitals for them. And the homeless are getting younger and younger, too. That’s a big issue right now, and I hope the City can do a better job. My concern is that officials don’t do much to solve these issues. We haven’t seen Shamann yet. We’ll have to wait and see what he does. He’s new. It’s hard to tell what his ability will be.”

“The main issue for me, I would say, are the streets, stuff like the potholes. How do they choose this street over that street? It was a thing even a year ago when I moved here.”

“I love how active our community is; there’s a spectrum of views. We’re very vocal, and I think Shamann has felt that. Lennar’s ‘cleanup,’ along with all the other land-use issues in our District, will need a real fighter and I’m not yet sure if we have one. I genuinely hope he doesn’t disappoint.”

“I’ve been living in Potrero for 15 years. I think Proposition C was a good idea, and so was Prop J, which passed in 2016. I think the Mayor and props will have more of an impact than the previous Administration. I love the Dogpatch, and I like all the projects being approved. The neighborhood feels a lot better. The more the merrier; there’s actually flowers on sidewalks now! I can remember 15 years ago people would say, don’t walk down this or that street.”

The March 16, 2020 San Francisco Department of Public Health order for
One of 826 Valencia Mission Bay’s first year goals was to work
Like many other nations, Rwanda enforced a shelter-in-place order from mid-March to
Go to Top