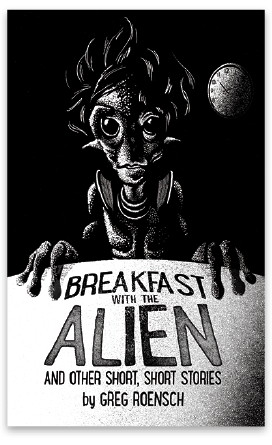 The guitarist liked to play in different spots throughout the neighborhood. In recent weeks, he’d setup in the doorway of an abandoned building that used to be a hair salon. The Vietnamese woman who ran the business packed up and moved not too long ago, as did the other nearby shop owners, when an out-of-town developer received the go-ahead to break ground on a new condo complex that would dwarf all other buildings in the area.

I don’t know if the guitarist ever fully grasped what was going on with the new development. There were signs posted explaining the next steps, but I doubt he paid any attention to them. The one time I spoke to him, he lifted his guitar as if to smash it over my head if I stepped any closer.

He didn’t say a word. He just sat down and continued playing.

I kept my distance after that, though I’d watch him from the opposite side of the street as I waited for the bus. One day I noticed his guitar was held together with haphazard strips of blue tape, as if it had a deep wound stitched up by an unskilled surgeon. Maybe someone got too close, I thought, and the guitar player let them have it with his old acoustic.

The guitarist never sang, though you could sometimes hear him humming. He wasn’t the world’s greatest player, but he wasn’t terrible either. He played a lot, that’s for sure, often practicing his scales by walking his fingers up and down the fretboard as if his life depended on it.

I don’t know where the guitarist spent the night. Maybe he plopped down wherever he could find a spot; in an alleyway, or behind a bush, or under the freeway overpass. Maybe he stayed at the shelter by the freeway onramp. Or maybe he lived in one of those tents by the railroad crossing. I’d seen him over there every now and then, walking alongside the tracks like he might catch a southbound freighter, like a hobo riding the rails from city to city in search of a job, a meal, a fresh start.

Whenever he finished playing for the day, the guitarist would sling his guitar over his shoulder and shuffle off to who-knows-where. He also carried a military-style duffle bag, and I wondered if he had a change of clothes in the bag, because from what I’d seen he wore the same things every day: clay-red pants, ripped and frayed, a faded gray t-shirt, and a dark blue Derby jacket, like the kind I used to wear in high school.

The last time I saw the guitarist was the morning when construction crews began tearing down the building next to the hair salon. He was in particularly good form that day, and I even thought about crossing the street to tell him how good he sounded. Then I remembered the last time I tried to talk to him. No, I thought, I’ll stay right where I am.  Before boarding the bus, I looked back one last time to see him playing, blissfully unaware as a pair of backhoes clawed away at the structures around him.

I read later in our local newspaper that he was chased off by the construction foreman, but the details are murky after that. Some say he misjudged the angle when trying to hop on the train. Others speculate that he was simply crossing the tracks at the wrong time and never knew what hit him.

Another story that began circulating was told by an old homeless man who said he saw the guitarist walk onto the tracks.  “He lifted his guitar like so,” said the old man, raising his arms like a slugger at the plate. In my mind, I pictured exactly what happened next when, as the homeless man told it, the neighborhood guitarist stepped forward and swung with all his might, as if he could stop the oncoming train with one wild swing of his patched-up old guitar.

Greg Roensch is a writer and Potrero Hill resident who owns an editorial services business. He recently published Breakfast with the Alien and Other Short, Short Stories, available at Christopher’s Books.

Though I’d lived in the house for several years, I’d never noticed
It seemed like a good idea at the time. I’d just come
Go to Top